Lupita Nyong’o & “Us” Cast Spit Bars As A Family 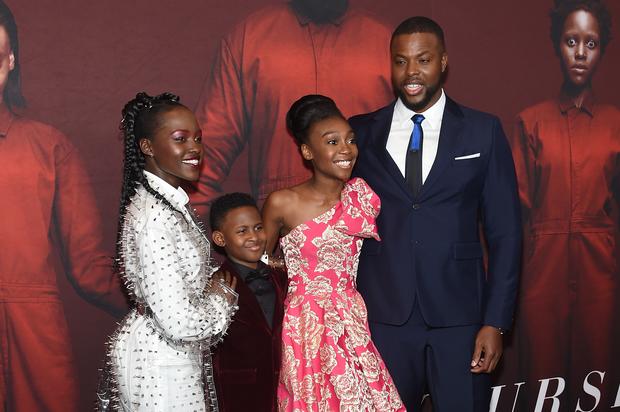 Jordan Peele’s second film Us is absolutely dominating the box-office, pulling in a weekend haul of $70 million dollars (and a Jay-Z co-sign to boot). In celebration of the film’s premiere, star Lupita N’yongo took to Instagram to showcase an impressive case of familial unity, which may or may not have been a Peele-sanctioned rehearsal process. Together with fellow co-stars Winston Duke, Shahadi Wright Joseph, and Evan Alex, Lupita once again picks up the mic as her hip-hop alter ego “Troublemaker,” carrying a tradition once kicked off during the Black Panther promotional rollout.

Kicking it off is the family’s youngest spitter Evan Alex, who portrays the mask-donning Jason. Next up is Wright-Joseph, who plays the family’s track-running daughter Zora. She proceeds to pass the mic to Troublemaker/Lupita, who also plays double duty as the ad-lib provider, while Duke slides through with some closing bars. The track, which features lyrics by Robyn Hood and music by Chris Herbie Holland, appears to have been shot en route to the New York City premiere, as evidenced by their attire. What do you think? Do the Us cast have bars?