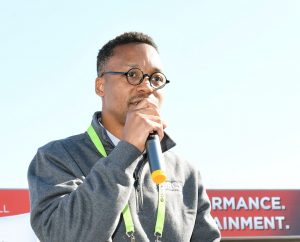 A tweet recently went viral about whether Lupe Fiasco or Kendrick Lamar was the better rapper. While the younger generations might go with Kendrick for namesake, Lupe has a different opinion.

“Lupe but…” the Chicago rapper responded in a now deleted tweet.

Lupe’s response garnered a lot of attention from people who thought he was crazy for thinking he was a better rapper than the Compton MC. Even TDE president Punch commented “Lol.” under Lupe’s post.

After backlash from other rappers, Lupe seemed to double down on his stance while clarifying what he actually meant.

“Is he a better lyricist than me?,” he says before answering his own question. “No. Does he make better songs than me? Yes. Did I think control was ridicule? No. Am jealous of Kdot? No. Did I personally give him his props in Chicago on stage as the next nigga to take the crown? YES. Is It on camera? Yes. Did I mean it? Yes.”

After that, he followed up by saying that “unsuccessful niggas” are pushing the story to be bigger than it actually is. He called himself and Kendrick “legends” in the game.

However, this isn’t the only time Lupe has commented on Kendrick’s lyrical abilities. Back in 2018, Lupe said that he did not think Kendrick was a “top tier” rapper. He later apologized.

Trump & Biden To Be Muted During Next Debate, President Calls Move “Biased”

DaniLeigh Will No Longer Clear Up Rumors About DaBaby Romance: “I Don’t Really Care”