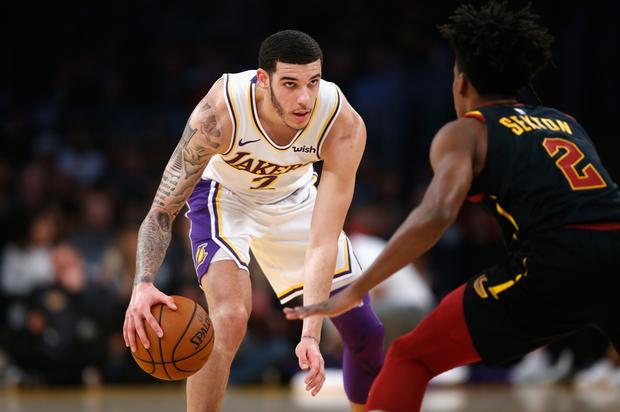 Lonzo Ball is experiencing some issues with his homegrown Big Baller Brand as of late. Ball recently severed all of his ties with Alan Foster who co-founded the company. Foster allegedly stole $1.5 million from Ball and now the brand doesn’t want anything to do with him. It could get worse for the Big Baller Brand though. Ball has been on social media hinting at a deal with Nike, which could potentially derail BBB completely. Considering the work his family put in to get that brand up and running, it would be an embarrassing development.

Adding fuel to the evergrowing Big Baller Brand fire is the actions of Ball’s manager Darren “DMo” Moore. Moore took to his Instagram story today where he posted a video of himself throwing some Big Baller Brand shoes in the trash. In the video which can be found here, Moore uses the hashtag #dumpurmerch.

In an interview with The Los Angeles Times, LeBron James explained that he would support Ball if he decided to move on to Nike.

“I love the fact that he’s taking control of his s–t. I mean, he’s, that’s what’s really, really dope to me. Once I saw that story, I just seen a kid turning into a man. ‘This is my career and I’m taking this. I done had enough with—whatever. I done had enough. Whatever. If I’m not going to be successful, I’m not going to be successful on my terms.’ I saw a lot of that. We’ll see.

“Whatever the kid decides to do, whatever brand he comes with next—if it’s with Nike, obviously we would welcome him. I would definitely welcome him. I love the kid regardless of what shoes he had on. But we shall see.”

What do you think Lonzo should do?

Aesop Rock Closes His Eyes & Puts “Drums On The Wheel”

Lil Baby Has More Music On The Way