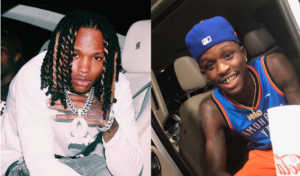 After the shooting death of King Von in Atlanta earlier this month, there have been several reactions and responses from those close to him such as his manager and ex-girlfriend Asian Doll, but now the other side has reacted and there’s no sign of remorse or condolences for the fallen rapper.

Quando Rondo, who was in a physical altercation just moments before King Von’s death, released a new track entitled “End Of Story” about the shooting death of Von in which he claims self defense and even shows support for his friend Timothy Leeks, who is being charged with Von’s murder.

On the track, Rondo rapped, “Blood on your brother on the ground, gon’ pick your mans up/Damn right we scrеaming self-defense, he shouldn’t have never put his hands on me/Look at the footage, that’s all the evidence, see them p**** n***** shouldn’t have ran up on me..”

Quando is not under investigation in relation to King Von’s killing, but Leeks has been formally charged with the murder and is awaiting trial.

NBA Youngboy Continues Busy 2020 With “Get Me Killed”