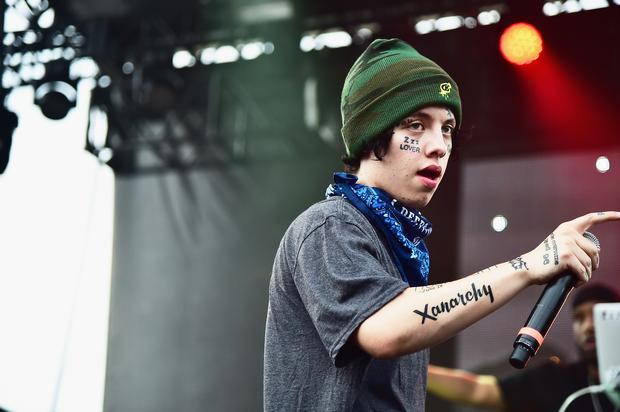 Lil Xan’s comments about 2Pac in 2018 continue to haunt his career until this day. A few weeks ago, someone pulled up on him to confront him over his statements about Pac which resulted in Xan pulling out a gun. But, that same gun that he brandished during the confrontation may have also been pulled out on camera earlier this year.

According to TMZ, Lil Xan pulled out a gun, out of the blue, during a photo shoot in January. The tabloid publication obtained pictures of the rapper holding the gun in numerous photo shoot to show it off while on set. Sources that were close to the situation said that there was no plan to have a gun in the middle of the shoot. He allegedly just brought it with him and surprised everyone that was on set when he decided to brandish it. Everyone on set believed it was real but Xan himself never actually confirmed if it was.

The rapper’s currently under investigation by the LAPD for the incident at the gas station. The rapper could be charged with a felony count of assault with a deadly weapon that carries a maximum four-year sentence. Following the incident, Xan took to Instagram in an attempt to clear the air.

“The media is gonna try and twist what happened at a gas station,” he wrote. “I was about to be attacked and resorted to having to use self-defense.”

COVID-19 Vaccine Could Be Available As Early As Dec. 11, Health Official Says