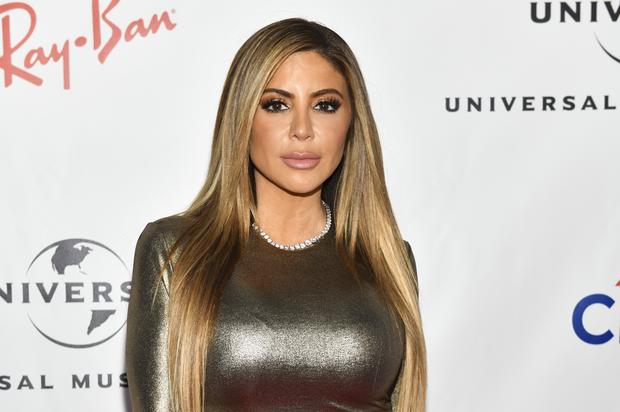 Yes, Jordyn Woods kissing Tristan Thompson was a shady move that lead to the 21-year-old being kicked out of the Kardashian clan since Khloe Kardashian was all kinds of hurt and betrayed. We’ve seen the reactions had by the family on the final episodes of the latest season of Keeping Up With The Kardashians where Khloe called Jordyn “fat” and got slammed for her comment.

You’d think that the whole ordeal would be a thing of the past considering that Jordyn is seemingly doing fine and Khloe’s got mom things to worry about but the family’s friend Larsa Pippen is still egging on the situation, something no one asked for. The 45-year-old who sometimes appears on KUWTK made an appearance on the Hollywood Unlocked [UNCENSORED] podcast and detailed how there was more Jordyn and Tristan suspicion than just the kiss.

“I called Kim. She didn’t believe me — she was like, ‘No way. There’s no way,’” Larsa explained. “Then we called Kourtney and Kourtney was like, ‘Yeah, I believe it…there were other situations where [Jordyn and Tristan] were in the same room together and it was like, a weird feeling. And Kourtney was in that room.”

Whether it’s a true statement or not, people have taken to Twitter to tell Larsa to keep it down considering that she cheated on her husband, Scottie Pippen, with Future. Peep some reactions below.

FKA Twigs Opens Up About Prince Tribute At The GRAMMYs: “Of Course I Wanted To Sing”