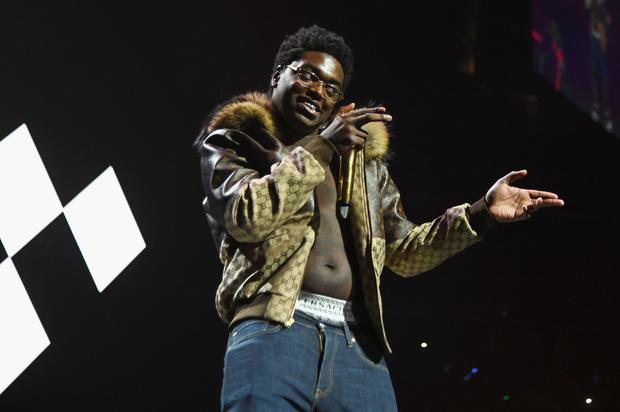 Kodak Black has never had much of a filter, opting to say whatever he wants without fear of consequences. At times, his antics are amusing, such as the now-iconic moment of him staring dead-eyed, unblinking, and unmoving. Other times, they are bizarre and confrontational, such as his recent decision to air out hip-hop OG Sticky Fingaz, blasting older fans in the process. His recent attempt at “shooting his shot” at Young MA has teetered closer to the latter category, especially given MA’s own discomfort with the situation.

When the New York rapper seemed put off by Kodak’s digital advances, Kodak responded with befuddlement. “I’m talking about, how you a girl and don’t want your p***y penetrated?” The notion of such a thought is simply beyond him. Either way, many Twitter users found the whole thing to be disturbing on a variety of levels, and voiced their displeasure accordingly. Some were quick to cite Kodak’s own troubled legal history, while others were simply content to offer up a chorus of “let me drive da boat.”

It’s clear that Kodak Black, for all his comfort navigating Instagram Live with his own fans, has failed the grasp the political climate on social media. It’s also likely that the backlash will only intensify, should Kodak proceed to double down on his MA lust, despite her repeated dismissals. What do you think about this debacle?