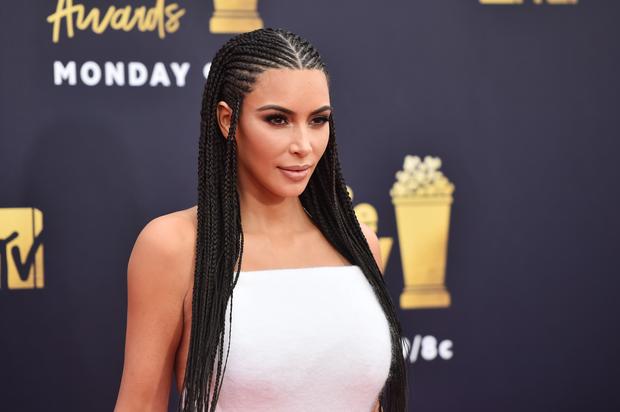 There has been much news reported about Kim Kardashian aiding in the release of 17 inmates and the pair of lawyers, Brittany K. Barnett and MiAngel Cody, that have worked diligently by her side. As Kardashian is a public figure, much of the spotlight has been pointed her way, but Barnett took her Facebook account to clear up any confusion about the attorneys’ roles in the trio’s criminal justice reform work.

According to Barnett, both she and Cody attempted to gain funding from large, generous corporations who were known to donate millions of dollars to other organizations, but those same companies wouldn’t pay them any mind. Their Buried Alive Project was already in full swing when Kardashian came in to support their work after learning that they couldn’t find funding elsewhere. While they are deeply grateful and thankful for her help, Barnett asserts that Kim is not solely responsible for the liberation of the 17 inmates during the “90 Days of Freedom” campaign.

“The first and last time I will speak on it,” Barnett wrote. “Seriously, because the negativity from today is misdemeanor sh*t and we still have lives to save. MiAngel Cody and I have BEEN doing this work for FREE. Ask any of our dozens of clients who are now free living their best lives. Both of us left six figure salary jobs and wiped out our own savings accounts to fund our work.”

Barnett later writes, “In 90 days TWO black women lawyers freed SEVENTEEN people from LIFE W/O PAROLE sentences – the second most severe penalty permitted by law in America. Only two of us. Prosecutors opposed nearly every single case we had. We litigated our asses off in federal courts across the country. We won DOWNWARD DEPARTURES in most of our cases – due to good lawyering.”

“People set to DIE in prison – are now FREE,” she says. “Our clients weren’t even on this selective list the Sentencing Commission sent out or on federal defenders radars. In fact we have copies of letters federal defenders sent some of our clients telling them they weren’t even eligible for relief under First Step Act – but we got them free. Our work in 90 days is historic. We picked some up from prison. We gave re-entry stipends. We continue to support them upon release.”

Barnett makes it clear that she doesn’t want to be involved in any drama or “cliquish sh*t” because she and Cody are handling the futures of people’s lives, which is much more important than internet trolls and criticisms. She says that both she and Cody have also had parents in prison so “this work is real to us” and urges the public to invest their energies into something positive. “Instead of negativity about Kim, why don’t y’all reach out and see if the 17 people we helped free need anything. Welcome them home. Give them jobs. Send a care package. Amplify their voices without the sharecropping.”

Meanwhile, Barnett makes sure to state that she nor Cody blame Kardashian for the misinformation. “Kim has always been very clear in her role,” she says. “It’s the media that spins it around – not Kim. We do not care how the media is portraying it – that’s what the media does. Who cares. We need Kim’s support and the support of anyone else who wants to join this fight. We love that she is using her platform to raise awareness. We ain’t trying to be famous, we trying to get our people free. Period.”

Read Barnett’s message in full below.

Slayter & Jay Critch Are Back With New Collab “Outside”

Sasha Obama Goes Viral After Rapping Along To City Girls

Drake’s Getting Flamed Over Alleged Menu From 34th Birthday Bash