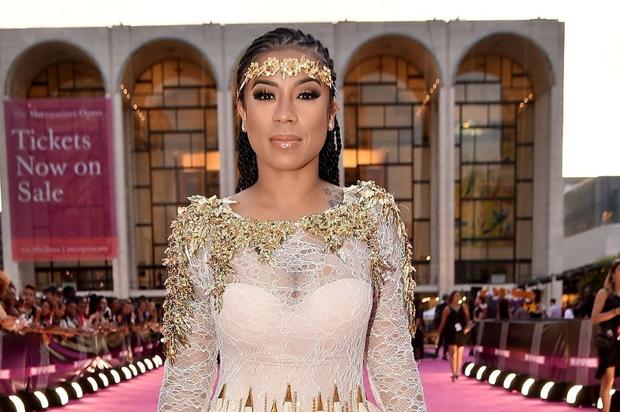 She’s ready to welcome her second child into the world with boyfriend Niko Khale, but Keyshia Cole still has to wrap up her years-long divorce from former NBA baller Daniel “Boobie” Gibson. The pair filed for divorce back in 2017, although court documents state that they haven’t been together since 2014. Since that time, Cole and Gibson have struggled to agree upon how to settle their split, causing the dissolution of their marriage to drag on for years.

In January, Cole reportedly was warned by a judge to speed things up and finalize the divorce, but she responded on social media saying she “would LOOOVE TO MOVE FORWARD.” There were alleged issues with the custody agreement and Cole wanted Gibson’s lawyer to modify their position. According to The Blast, Gibson was seeking either full custody of their son Daniel Gibson, Jr. or he wanted Cole to pay up.

The R&B singer was featured on a season of Love & Hip Hop Hollywood before she decided to quit the cast. On the show, she opened up about her divorce from Gibson and later told The Breakfast Club, “To be on that show with Gib and look at all the things you’re doing, this is personal business,” She added, “You guys should check out the reunion, cause I think he said something like, ‘Oh yeah, I’m single now. I can do whatever I want.’ I was like, ‘Sir, you were doing all this when we were married though.’ Like stop, this is no different.”

The Blast reports that Gibson has recently filed paperwork and handed over his financial records to Cole’s lawyer. The move marks the final steps before the ex-couple’s relationship can be declared legally over.