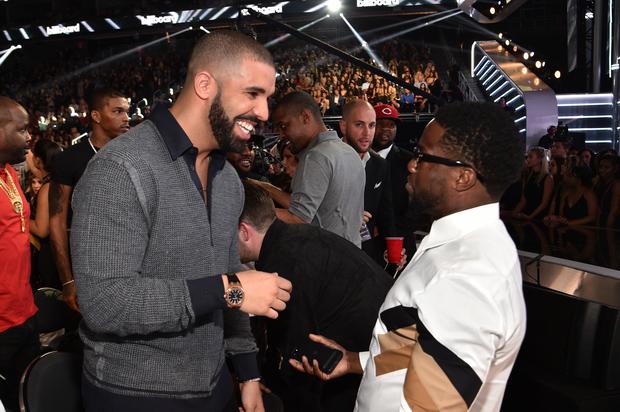 Kevin Hart is an avid Philadelphia 76ers fan, while Drake is one of the biggest Toronto Raptors fans out there. Considering the two have a friendly relationship, you would think a wager on their second-round series wouldn’t be too much of a stretch. In the end, Drake would have won said bet as the Raptors took the series in seven games.

While appearing on Live with Ryan and Kelly, Hart had some damning words about the Canadian rapper, saying he didn’t make a bet with Drake as he is known for not paying off his debts.

“There was a tremendous amount of back-and-forth that we had, you know he wanted to bet on a series and I was like, ‘I’m not gonna bet you ’cause you don’t pay, you don’t pay your debts,'” Hart explained.

Kelly Ripa seemed to be quite surprised over Hart’s claims which led the comedian to double down on the situation.

“Yeah, he doesn’t pay. He bet before and it took him a long time to pay me so I’m not betting him no more,” Hart said. “I think my frustration from the past is probably what brought some of his negativity into the series, because if I had a bet we probably would have won. But because I didn’t bet he reversed me, he hit me with a reverse whoo, basically.”

This is a bit of a shocking revelation when you consider just how much money Drake has but in the end, the rapper is like all of us. Giving up your money isn’t fun regardless of the situation. We really can’t blame him.

Beyoncé Becomes the Second Singer to Reach No.1 in Each of the Past Four Decades