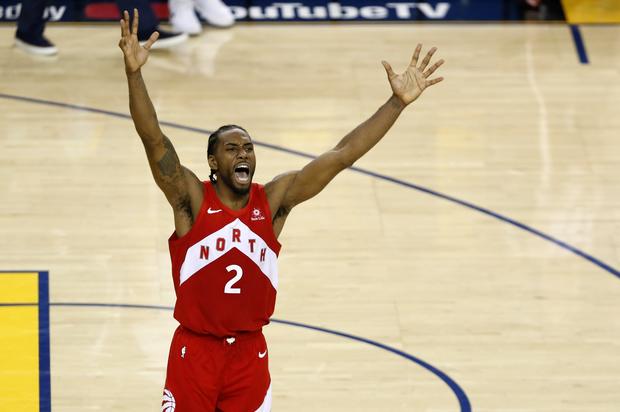 Kawhi Leonard made a lot of people upset when he decided to join the Los Angeles Clippers this Summer. There were reports he was favoring the Los Angeles Lakers and the Toronto Raptors, although it was clear that all of the pundits got it wrong. Instead, Leonard ended up with Paul George on a team that has the potential to win an NBA championship this year. Leonard’s decision was controversial considering there is a narrative out there that he made it difficult for teams other than the Clippers to sign him.

Lakers fans have a ton of resentment towards the two-time NBA champion and it was on full display this past Saturday when Kawhi attended the Manny Pacquaio and Keith Thurman fight. While walking out of the arena, a fan started following Kawhi and called him one of the most overrated players in professional sports history.

Leonard seemed unbothered by it all as he continued to walk down the hallway without any care in the world. The fan kept repeating his sentiments although he was ignored by pretty much everyone in the vicinity.

Calling Leonard the most overrated athlete ever is definitely a bit of a stretch, especially if you’re a Lakers fan. Either way, it’s good to see Kawhi not getting too wrapped up in all of the criticism floating around. At the end of the day, the board man gets paid.

The Weeknd & Jacquees Smoothly Slide Into Our “R&B Season” Playlist

Gunna Teases Snippet Of Next Single, Apologizes For Its Delay

Trippie Redd & Lil Tecca Team Up On “How I Was Raised”