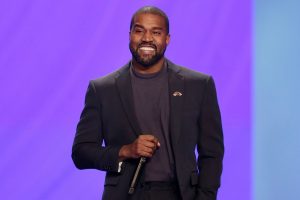 According to a report from the Associated Press, music mogul and long-shot presidential hopeful Kanye West was forced to withdraw from the New Jersey ballot.

An email thread between Administrative Law Judge Gail Cookson and what AP describes as “an unidentified person writing from a Kanye 2020 address” confirmed the withdrawal, further stating, “At this time, Kanye 2020 has no further option than to regrettably withdraw from New Jersey and cease further efforts to place Mr. West’s name on the New Jersey ballot.”

Critics have also claimed that some of the signatures on West’s petition were incomplete and “in some cases appeared written in very similar handwriting.”

West has had an eventful two months of campaigning, with people still murmuring about July’s South Carolina campaign speech, in which his wife Kim Kardashian pleaded for her husband to get help for his mental health issues just days later.

Yeezy declared his bid for the presidency on the 4h of July, but meanwhile still managed to release a few songs from his yet to be completed DONDA project.