Kamaru Usman Has “Bad Blood” With Colby Covington, Wants To Hurt Him 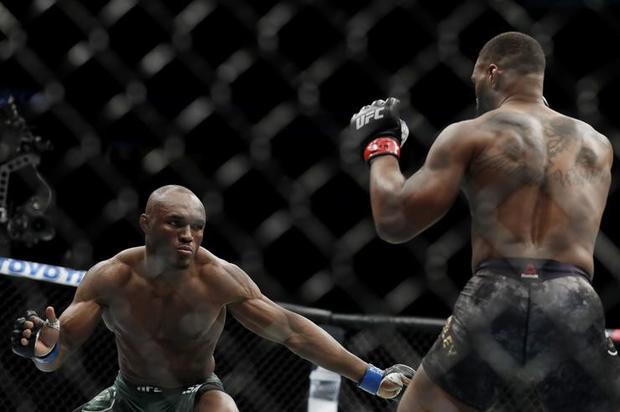 The rivalry between UFC fighters Kamaru Usman and Colby Covington is very real. Usman recently won the Welterweight title at UFC 235 and is now set to take on Covington in his first ever title defense. After Usman’s UFC 235 fight, the two came face-to-face as Covington was wearing a Make America Great Again hat. Covington has been sending shots at Usman for some time now and he feels as though it’s all gone too far. Both fighters even almost got into a fight at a local resort while staying in Las Vegas.

In a recent interview with TMZ Sports, Usman explained his distaste for Covington and how much he would want to beat him in the Octagon.

“Every opponent that I’ve faced, I’ve never really had ill will towards. I’ve never had bad blood to where I was in there maliciously trying to hurt them,” Usman explained. “This is a guy that I have that towards.”

As far as their recent altercations, Usman says that Covington has been a coward at every turn and even put an old woman in front of him as a shield.

“You can’t be that troll and then when I see you in person you want to hide behind an old lady!” Usman said.

Regardless of whose side you’re on, this is going to be a great fight.