Justin Bieber Back Tracks On Tom Cruise Fight: “He Has Dad Strength” 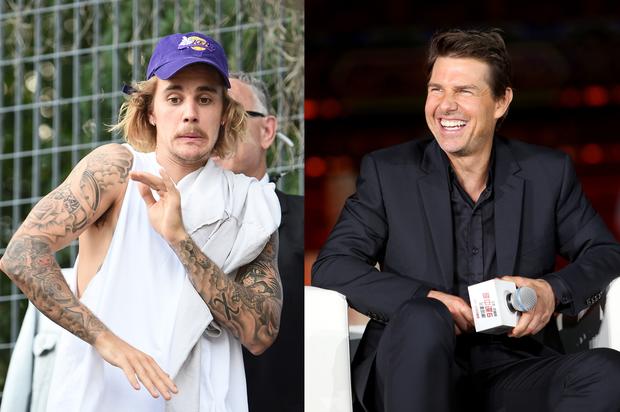 Justin Bieber may have just been messing with all of us after all when he challenged Tom Cruise to fight him in the Octagon. Biebervelli was approached by paparazzi in Los Angeles earlier today when he was confronted about wanting to fight the Mission Impossible actor. Biebs made it clear that he didn’t actually want to fight Tom Cruise and his facial expression makes it all the more clear. Most regular folks could tweet about that without the media immediately spreading the news but Biebs said that he was only joking.

“It was just a random tweet. I do that stuff sometimes,” he said. “I think he’d probably whoop my ass in a fight… I’d have to get in good shape.”

He added: “I think he’d probably be out of my weight class. You know, he’s got that dad strength.”

In the wee hours of Monday morning, Justin Bieber had the Internet rattled up when he tweeted that he wanted to fight Tom Cruise and tagged UFC’s Dana White to facilitate it.

“I wanna challenge Tom Cruise to fight in the octagon,” he wrote. “Tom if you dont take this fight your scared and you will never live it down. Who is willing to put on the fight? @danawhite ?”

Cruise never responded to the challenge but we could only imagine what his reaction was after he found out.

And The Winner Is… Lil Jon (Sorry T-Pain)