Ja Morant Embraces The Negative Energy: “My Dad Was My First Hater” 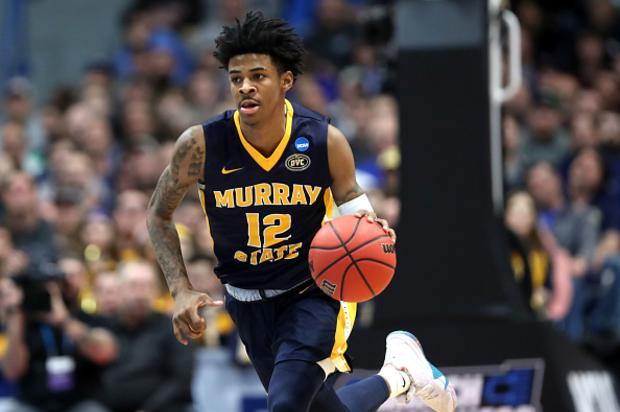 Murray State point guard Ja Morant catapulted to the top of draft boards during his sophomore season with the Murray State Racers, and he now appears to be the Memphis Grizzlies’ surefire selection with the No. 2 overall pick in Thursday’s NBA Draft.

Despite all of his accolades and incredidble stats, Morant is well aware of the critics who have been skeptical about his ability to shoot and the competition he faced in the Ohio Valley Conference. Speaking with reporters ahead of tomorrow’s draft, Morant says he is motivated by the negative energy, and has heard it all before from his biggest hater – his father.

“Yes, I really like the negative energy. ‘He hasn’t played against nobody, he’s too small, he can’t shoot.’ Negative energy motivates me. It really doesn’t bother me because my dad was my first hater, so if I could take it from him I can take it from anybody.”

him playing in the Ohio Valley Conference rather than a power conference.

Morant led the nation with 10 assists per game while averaging 24.6 points and grabbing 5.7 rebounds en route to becoming Murray State’s first first-team All-American. The 6’3 point guard has a knack for getting into the lane and finishing at the rim, which is why he was able to shoot 49.9% from the field this season. He also shot 36.3% from behind the arc.

The Memphis Grizzlies have been linked to Morant ever since they secured the No. 2 overall pick and after trading away veteran point guard Mike Conley, it’s quite clear who they’ll be selecting come tomorrow night.