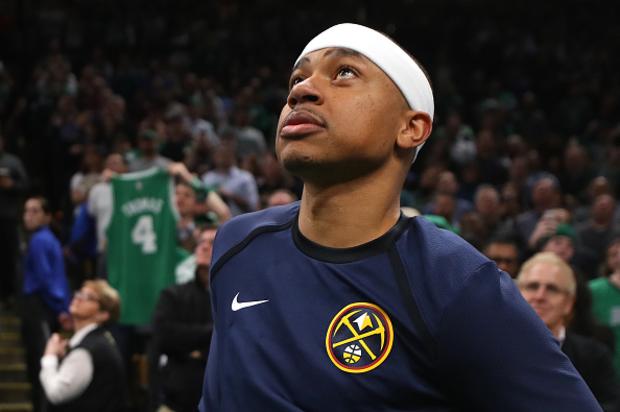 On Monday night, Denver Nuggets point guard Isaiah Thomas made his return to the TD Garden in Boston, a place that he says “feels like home.”

Thomas, who spent two and a half seasons in Boston including a second-team All-NBA campaign in 2016-17, was welcomed back with an emotional video tribute that brought the veteran guard to tears as the crowd gave him a roaring standing ovation.

IT was only on the court for seven minutes last night, he finished with zero points and two assists, as the Nuggets picked up a 114-105 win and punched their ticket to the playoffs.

After the game, he spoke about what it meant to be back in Boston, and how the city embraced him when his sister Chyna passed away.

Drake, Kendrick Lamar, J. Cole: Which New Album Are You Most Excited For?