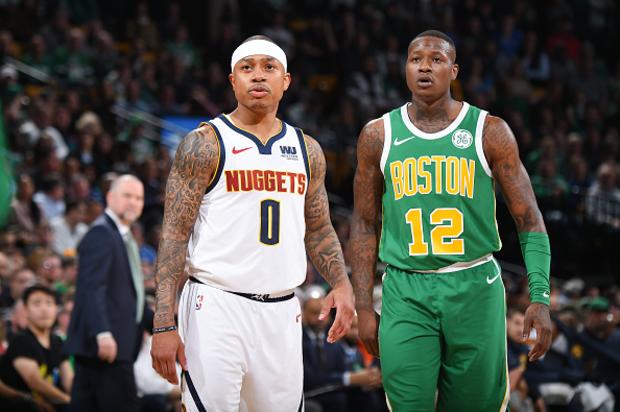 Isaiah Thomas made his return to the TD Garden in Boston Monday night, as his Denver Nuggets secured a 114-105 victory, clinching their playoff spot in the process.

After the emotional game, in which the Celtics aired a special tribute in honor of Thomas’ two and a half seasons in Boston, Thomas spoke about what “could have been” if he stayed in the green and white.

Thomas, 30, averaged 28.9 points per game for the Boston Celtics in 2016-17, and earned second-team All-NBA honors. He sustained a hip injury that forced him out of the Celtics’ 2017 playoff run, and was later traded to the Cleveland Cavaliers as part of the blockbuster Kyrie Irving trade.

At last year’s trade deadline, Thomas was traded to the Los Angeles Lakers, where he appeared in just 15 games before ultimately signing a one-year deal with Denver in July.

Prior to Monday win in Boston, Thomas was averaging 13.7 points per game but he has fallen out of the rotation and was only on the floor for a total of seven minutes last night. He finished with zero points and two assists.

Chrissy Teigen Shares Message About Pregnancy Loss: ‘We are shocked and in the kind of deep pain you only hear about’