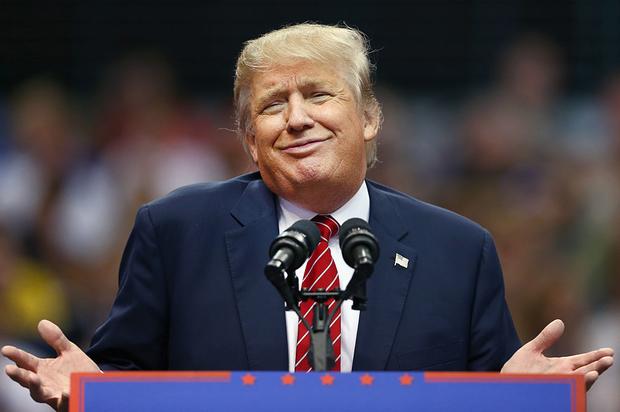 Hip-hop loved it when Drake went “Back To Back,” and now they’ve shown a similar response to President Donald Trump doing the very same, following his historic second impeachment. Now, it’s no secret that the rap game has nothing but disdain for Donald Trump — with the exception of artists like Lil Wayne, Kodak Black, and Lil Pump (though artist feels like a bit of a strong word in his case) — so it’s not exactly surprising to see them shaking their heads, simply too weary to a full-blown belly laugh.

In fact, many rappers have taken to social media to share their thoughts on Donald Trump’s second impeachment, with the general consensus being relatively unsympathetic to the controversial President. Scarface, no stranger to the political sphere himself, seemed relieved to see the Trump era coming to an end. “He’s gone…. Don the con is gone….” writes the legendary Houston lyricist. Pharoahe Monch seemed amused at the prospect of a double impeachment: “Who else got 2 Impeach The President’s on 45?” he wonders.

The Original Gangsta himself pondered Trump’s post-political fate, speculating that the Feds will neither forgive nor forget. “I think the Feds are gonna wait till dude is a citizen again,” speculates Ice T. “Then hit him with everything in the book. Put him in Prison.. He crossed the Feds.. Even Gangsters know you don’t CHALLENGE the Feds.. But we’ll see….” Fellow legend Big Daddy Kane looked to Trump’s oft-criticized relationship with Vladimir Putin, offering up a meme for the occasion. Cardi B reminded the masses that she had long predicted Trump’s impeachment, while Jermaine Dupri opted to simply marvel at House Speaker Nancy Pelosi.

Check out their reactions, as well as many more, below.