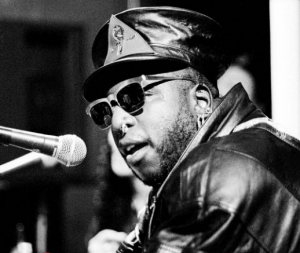 On this day in 1956, Lumumba Carson aka Professor X of the groundbreaking X-Clan was born. He would’ve been 64 years old today.

Known by his stage names Baba Professor X the Overseer, Professor X, or PXO, was born the son of Brooklyn-based activist and community leader, Abubadika Sonny Carson on this day. Abubadika was a black nationalist and very well known for his community leadership and political organizing, including many public demonstrations. Not to mention, the elder Carson was the subject of the 1974 film, The Education of Sonny Carson, which was based on the autobiography of the gang leader turned activist.

During the 20th century, every thirty years seemed to create a zeitgeist of politicism among African-American people. In the 1990’s, the century’s last gasp at politicism played many parts, mostly manifested through the burgeoning hip hop movement. Public Enemy, the Native Tongues, and Brand Nubian are just to name a few because their was a wide variety of “conscious” rap acts back then, but none were like X-Clan, ostensibly founded by Paradise the Grand Architect, guided by Lumumba Carson, better known as, Professor X.

Being discovered by Paradise Gray, both Professor X and the brilliant Jason Hunter, known to the world as Brother J, unleashed lyrical masterminds on hip hop. The sound of his signature catch phrase, “Vanglorious! This is protected by the Red, the Black, and the Green with a key, sissy!,” could make the hairs stand up on the back of your neck, and also not to mention, his African walking staff, aka “verb stick.” He was featured on nearly all songs on the albums, To the East Blackwards in 1990, and Xodus shortly after, in 1992. In the same year of 1990 he released a solo album, Years of the 9, on the Blackhand Side, and another solo album in 1993, titled, Puss and Boots the Struggle Continues.

Professor X passed away from complications of meningitis on March 17, 2006.