H.E.R. Dabbles in Reggae for ‘Do to Me’ Single 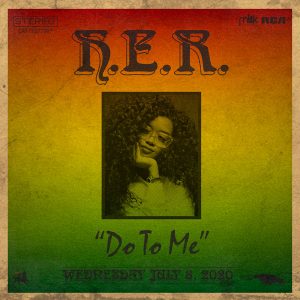 H.E.R. is showing the range of talent she possesses in the new single “Do to Me.” The new single is a reggae cut, infused with Chaka Demus & Pliers’ “Murder She Wrote.”

Just last month H.E.R. released “Murder She Wrote” on Juneteenth, highlighting the deaths of those murdered by police brutality.

The post H.E.R. Dabbles in Reggae for ‘Do to Me’ Single appeared first on The Source.