Giannis Takes Jab At Celtics Ahead Of Game 1 Against Raptors 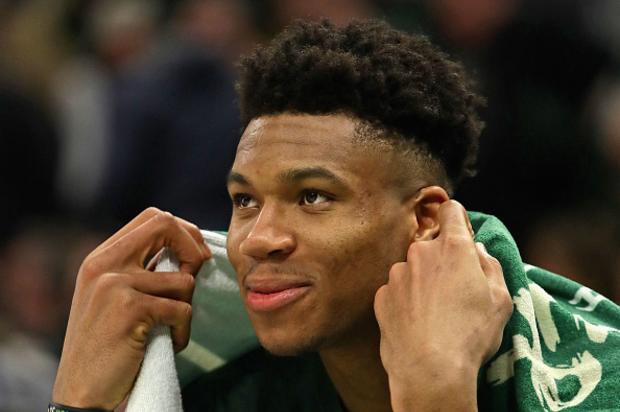 Game 1 of the Eastern Conference Finals is set to tipoff tonight in Milwaukee, as Giannis Antetokounmpo and the top-seeded Bucks host Kawhi Leonard and the Toronto Raptors.

The Bucks are coming off a full week of rest, following their five-game series against the Boston Celtics, but Giannis knows the team needs to come out firing in Game 1. Speaking to the media at practice on Tuesday, Giannis explained that Milwaukee could afford to go down 0-1 against a team like the Celtics, but the Raptors are a different beast.

“Against Boston, you can go down 1-0 and still be fine,” Giannis said, according to ESPN. “But against Toronto, it’s hard to be in that spot when you lose the first game in your home.”

Milwaukee enters tonight’s Game 1 with an 8-1 record in the post-season – the lone loss coming in Game 1 against Boston. The team has not played since May 8 when they closed out their second-round series.

Meanwhile, the Raptors are coming off a gruelling seven-game series against the Philadelphia 76ers, which Kawhi Leonard ended as time expired in Game 7. Of that iconic series-clinching buzzer beater, Giannis told reporters that he thought for sure the game was going to overtime.

“I’m not gonna lie,” Antetokounmpo said, per ESPN. “I thought it was gonna go to overtime.

“I was talking to my family. I was watching the game, and I told them that Toronto has some soft rims, so when you shoot the ball, it tends to bounce around the rim, and it goes in sometimes, so you always have a chance if you shoot the ball with an arc. And I was saying that, and in the fourth quarter, he hit the shot.”