GBI Arrests Man Who Filmed the Killing of Ahmaud Arbery, Charged with Murder 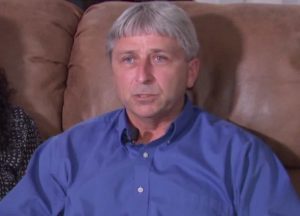 The Georgia Bureau of Investigation has arrested William “Roddie” Bryan Jr., the man who recorded the killing of Ahmaud Arbery in Brunswick, Georgia, CNN reports.

Bryan rode in a car that followed Travis and Gregory McMichael’s pick-up which chased down Arbery on February 23. The video shot by Bryan showed the fatal moment for Arbery. Gregory McMichael said Bryan tried to help the father and son duo stop Arbery earlier.

Attorney Kevin Gough said Bryan was unarmed during the time of the shooting and did not have a prior conversation with the McMichael’s before the shooting. A voluntary polygraph test reportedly confirms the statements.

The GBI charged Bryan with felony murder and criminal attempt to commit false imprisonment. He will be booked into the Glynn County Jail where the McMichaels are currently held.

The 36-second video clip occurred in February but took over 10 weeks before it became available for public viewing, leading to the request for the arrest of the men involved. The clip only shows the interaction between the men and not what led to it.

“McMichael stated the unidentified male turned around and began running back the direction from which he came and ‘Roddy’ attempted to block him in which was unsuccessful,” the police report says.

More details about the incident are available here.

The post GBI Arrests Man Who Filmed the Killing of Ahmaud Arbery, Charged with Murder appeared first on The Source.

Jaylen Brown Drives From Boston To Atlanta To Join Protests