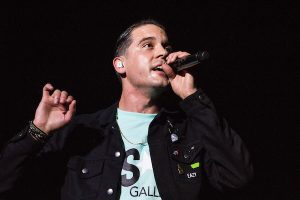 Blackout Tuesday was earlier this week and was a shut down of the music industry. With new music normally set to drop today, the digital service providers will be without a few notable Hip-Hop new releases out of respect for George Floyd.

Earlier this week, Run the Jewels dropped off the fourth edition of their RTJ album series. “The world is infested with bullshit so here’s something raw to listen to while you deal with it all,” RTJ said of the early release. “We hope it brings you some joy. Stay safe and hopeful out there and thank you for giving 2 friends the chance to be heard and do what they love.”

The post G-Eazy, Boosie Badazz & More Push Back Releases in Respect to George Floyd Protests appeared first on The Source.

Kamaiyah Believes YG Owes Her An Apology: “You Gotta Be A Man & Stand On Yours”

Kamaiyah Believes YG Owes Her An Apology: “You Gotta Be A Man & Stand On Yours”