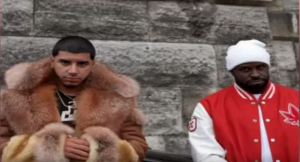 As the world continues to slowly open back up, and temperatures rise outside drawing people to return to clubs and gatherings, Funk Flex’s timing couldn’t have been any better as he drops his latest single and video for party banger “You Know” featuring CJ.

Having always been a curator with his finger on the pulse of hip hop and an undeniable ear for music that is sure to be club favorites, Funk Flex recently announced the launch of InFlexWeTrust, a media hub where the producer and DJ in partnership with Create Music Group, continue to put out the hottest singles with a slew of artists bridging the gap between today’s generation and classic artists from previous eras. The Juganot directed video for “You Know” captures Flex and CJ in their home state of New York enjoying good vibes, fancy rides, and the city they love.