Dwight Howard Claims Lakers & Clippers Are A Possibility For Him 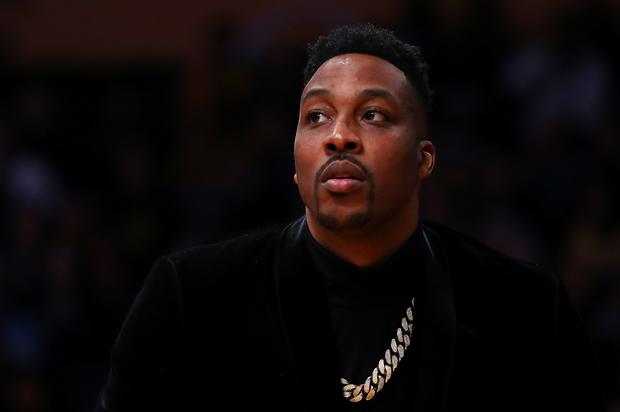 Ever since his days with the Orlando Magic, Dwight Howard has had a tumultuous career in the NBA. He’s been bounced around from team to team and has also been flooded with rumors about his personal life. All of these things have made Howard an easy target when it comes to the jokes and memes made by NBA fans. During the offseason, Howard was traded from the Washington Wizards to the Memphis Grizzlies where he’s not expected to play a single game. This is because reports are saying the team wants to move him. If they can’t move him though, they will have no choice but to release him from the team. This would mean Howard could go to whichever team he wants as long as they’ll take him.

During a recent interview with the Los Angeles Times, Howard explained how he would be down to return to the Lakers and would even play for the Clippers if given the opportunity.

“I don’t know what’s going to happen, but I do love L.A.,” Howard said. “Staples Center is going to be rocking this season. When I played there it was rocking every night. The atmosphere is crazy, not just for the Lakers but the Clippers, too. I just think all the hard work they’ve put in is paying off now. They’ve always been viewed as the Lakers’ little brother, but they decided to stand out and be different and you have to thank guys like Blake Griffin, DeAndre Jordan and Chris Paul for laying the foundation for this team, and then what Doc [Rivers] has done has been great. This is just all that hard work paying off.”

The Lakers and Clippers are considered title contenders right now so if Howard wants to win his first championship, he’d certainly increase his chances in Los Angeles.

G Herbo & Girlfriend Taina May Be Expecting Their First Child Together

Adele Does Her Best American Accent For “SNL” Promo With H.E.R. & Kate McKinnon