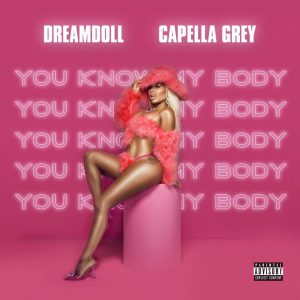 The single features a sample of Fabolous’ 2003 smash single “Can’t Let You Go,” allowing for DreamDoll to deliver fiery bars for a self-love anthem. Capella Grey delivers the hook to blend with DeamDroll’s bars.