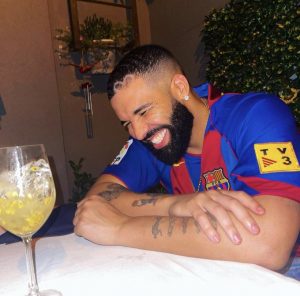 Just yesterday, Kanye West was sharing a new Andre 3000 verse in Berlin. Today, the dust is settling on Drake leaking the entire song.

Drake provided the special mix on his SiriusXM show Sound 42 and the single, “Life Of The Party,” was played. Both Kanye and Andre gave impressive displays, but fans will immediately perk to Kanye explaining the group chat he added Pusha T to that had Drake and Virgil in it.

Kanye would also go on to claim GD.

Told Drake don’t play with me on GD
And he sent that message to everybody
So if I hit you with a “WYD”
You better hit me with, “Yes sir, I’m writing everything you need”

You can hear it here.