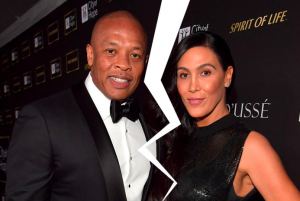 The divorce battle between music mogul Dr. Dre and his estranged wife Nicole Young has went from bad to worse after Dre was served with divorce papers at his grandmother’s funeral.

According to a report from TMZ, Dr. Dre was at the burial procession of his grandmother’s funeral in L.A. when a process server for Nicole delivered the divorce papers. According to the report, Dre was standing by his grandma’s casket, but sources close to Nicole say he was served in the cemetery parking lot.

Young filed for divorce from the the famed producer in June 2020 , citing infidelity with three different mistresses and having a child in one of the relationships that go back to 2013. it was reported that Killi Anderson had all employees sign a confidentiality agreement in order to keep her life private.

In the served documents, it reads, “Plaintiff constantly violated this term of his employment by asking other employees what they knew about Ms. Anderson, her child, and what was the nature of her relationship with Dr. Dre.”