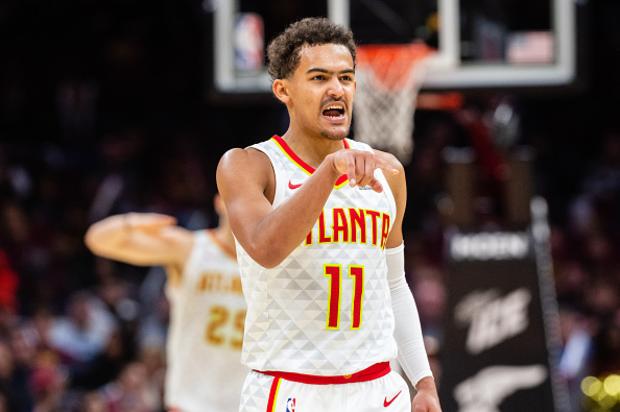 Atlanta Hawks rookie point guard Trae Young has been on an absolute tear since the All-Star break, and several NBA stars are now campaigning for him to earn Rookie of the Year honors.

On Saturday, Young posted 34 points (including the game-winner) to go along with 11 assists and six rebounds as he led the Hawks to a 129-127 victory over the Philadelphia 76ers. After the game, Donovan Mitchell, Kyle Kuzma and Blake Griffin all endorsed Young as this year’s ROY.

Of course, Young has some stiff competition in the Dallas Mavericks’ Luka Doncic.

Though Young has been sensational for the Hawks, averaging 18.7 points to go along with 7.9 assists and 3.6 rebounds per game, Doncic has been the favorite for ROY since the season began. In 68 games this season, Luka is averaging 21 points, 7.6 rebounds and 5.8 assists per night.

Remember, the Hawks acquired Young and a first-round pick from the Mavs in exchange for Doncic on draft night last year, so it’s fitting that the two are going head-to-head for ROY honors.

Both players will return to the court on Tuesday night.

Trae Young and the Hawks (26-48) will take on the Pelicans in New Orleans, while Doncic and the Mavs (29-44) are set to host the Sacramento Kings.

NBA Reveals Instructions For Players Going To Florida Without Their Team