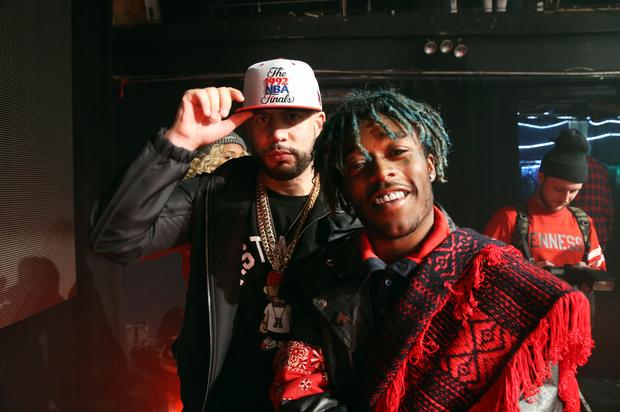 By now it’s readily apparent, Lil Uzi’s retirement threats have some weight behind them. The 24-year-old would eventually add context to those threats by citing his parent label Atlantic Records as the literal bane of his existence. You might recall him saying the following, during the course of an Instagram Live session.

“I really just want [the label] to respect me,” he documented himself saying. “They just gotta respect me, ’cause I respect them. That’s the reason why I really went over there. Like normal shit. It’s just a different level in life. Everybody go through the same shit.”

After bearing witness to his frustrations with Atlantic, Uzi instinctively pointed the finger at DJ Drama, who if you’ll recall, heads the Generation One subdivision under said label.

At the heart of their concerns: the impasse holding up the hotly-anticipated Eternal Atake project. Little did they know, they were picking on the wrong bull, as DJ Drama finally touched on the issue himself, insisting that Uzi was free to release the project, whenever, however, he wants.

“Uzi should put out [Eternal Atake] tomorrow or any day he wants,” Drama wrote in the comment section of an Instagram post lambasting both him and Don Cannon for the presume holdup. “He has me and [co-CEO Don] Cannon’s total support and blessings to drop it.”

One would assume that DJ Drama’s blessing will itself, engender a response from Lil Uzi Vert, but don’t expect the Philly rapper to commit himself to a release date. It wouldn’t be in his nature to speak in a steadfast manner. What are your thoughts on the issue, comment below?