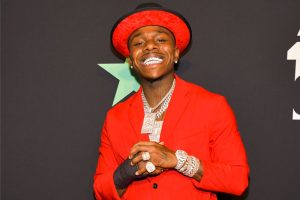 In a recent IG post, DaBaby made it very clear about his political position; F**k Donald Trump.

When the Trump Campaign sent the Blame It On Baby rapper a text about joining their movement, the North Carolina slang spitter replied with a common, but funny response to their request.

The post DaBaby Says “F**k Y’all” To The Trump Campaign appeared first on The Source.