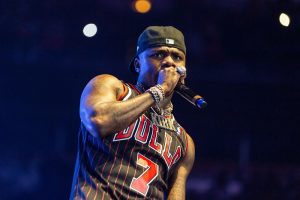 Authorities from DaBaby’s Miami robbery case have released the video to his interrogation. The rapper is clearly not pleased by the way authorities have handled the situation. Throughout the video you will see the rapper clearly annoyed, referring to the incident as “bad business.”

Throughout the video, Da Baby makes it clear that he doesn’t need to steal from someone. In the audio, you can hear the rapper saying “I’m on the fucking Forbes list, my n*gga. The Forbes list! Robbery? He said repeatedly while laughing at the allegations.

Catch the full video of Da Baby’s interrogation below!