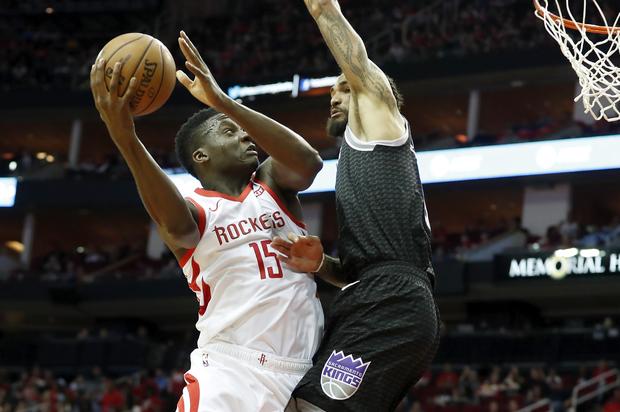 The Houston Rockets had a chance to sweep the Utah Jazz last night in game four of their first-round matchup. Unfortunately for the Rockets, the Jazz outclassed them all night en route to a 107-91 loss. Rockets player Clint Capela struggled last night and after the game, explained to ESPN that he’s actually been battling two respiratory illnesses throughout the playoffs. Capela had missed some practices before the series and the illnesses have persisted throughout the playoffs.

Capela explained that he was diagnosed with adenovirus and a Klebsiella infection during a visit to the doctor’s while in Salt Lake City. During his interview with reporters, Capela had bloodshot eyes and explained that he should be fine within the next four to five days.

“It’s tough, man,” Capela explained. “Especially when I try to breathe, it’s hard. I’m just going to fight it the best that I can.”

Capela only managed four points and seven rebounds on Monday night. Despite the loss, Capela and the Rockets will have a second shot at eliminating the Jazz on Wednesday night at 8 P.M. EST. By then, Capela will be closer to a full recovery and will be looking to have a bounce-back game.