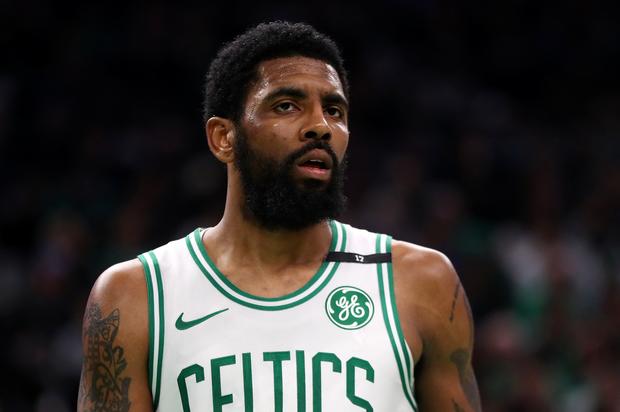 After being eliminated in just five games by the Milwaukee Bucks, it appeared as though Kyrie Irving was finished with the Boston Celtics. There have been plenty of rumors of his discontent with the team and how he might want to join forces with Kevin Durant and sign with the New York Knicks in the offseason. If you’re a Celtics fan, these rumors are concerning although according to Frank Isola of The Athletic, there could be some hope on the horizon.

In a new article titled The Knicks’ master plan came and went with the NBA Draft Lottery. So what’s next?, Isola spoke about the New Orleans Pelicans and how Anthony Davis still wants to leave. The Celtics were reported to be contenders to land Davis back at the trade deadline. Isola says the Celtics are contemplating putting together a trade package to try and bring Davis to Boston. They are hoping this trade would make Irving want to stay with the franchise instead of leaving in the offseason.

Trade rumors and conjecture will be quite popular this summer so it’s important not to get excited until something actually happens. Isola’s report is quite interesting though considering just how annoyed Irving has appeared this season.

Where do you think Irving will end up next season?

T.I. Calls For People To Not Spend Money In “#BlackoutDay2020” Protest

Harvey Weinstein Sued By Four Women, One Claims He Sexually Assaulted Her At 17