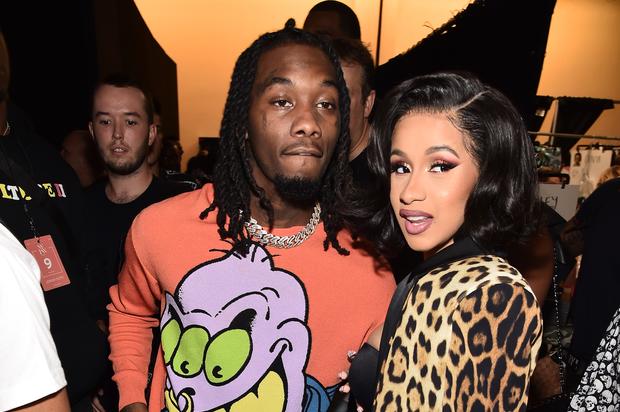 Cardi B and Offset have taken the time to show love to none other than Machine Gun Kelly for not only his music efforts but also his acting skills. As we know, MGK (born Colson Baker) starred as Tommy Lee in Netflix’s film The Dirt based on the formation of the Mötley Crüe. The film has been praised by numerous acts, even Tommy himself, for how realistic certain scenes were such as one where the band ripped through a motel and set a room on fire.

“I wanna get a Mötley Crüe tattoo, we should get Mötley Crüe tattoos,” Cardi B says to her husband Offset in the clip below. “Machine Gun Kelly did so fucking good. Wow, that ni**as gunna be rich for a long time because after that they’re going to book him for more movies. And you wanna know what’s so crazy, he looked just like Tommy Lee. Just like em’ the same nose and everything.”

Offset then pops in to shout out MGK’s latest studio release, his album Hotel Diablo that arrived just five days back. MGK was clearly all kinds of grateful for the love shown since re-sharing the clip to his Instagram feed, writing: “holy shit thank u WTF !!”