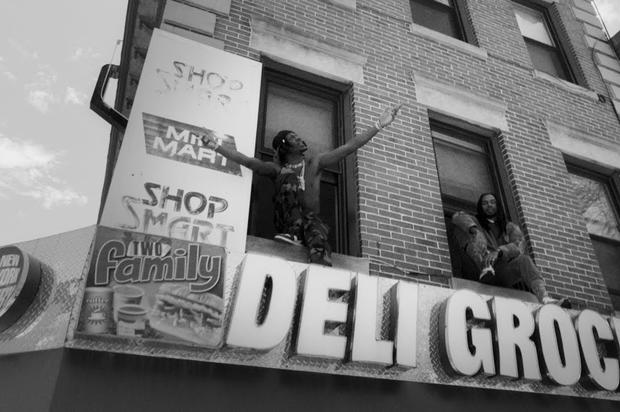 One of the most anticipated projects in hip-hop this year was Beast Coast’s Escape From New York album. Members of Pro Era, Flatbush Zombies, and The Underachievers joined forces for the collaborative project. They kicked things off with “Left Hand” before dropping off “Coast/Clear.” With the album out now, “Distance” has been one of the many favorites off of the project. Now, they all link up for the visuals for the track which find them back on their neighborhood.

The Beast Coast collective put on for their block in the new music video for “Distance.” The rappers link up in Brooklyn where they are seen mobbing out in their neighborhood and in front of a bodega. The video is in black and white, for the most part, giving it a bit of a nostalgic vibe to it. The video cuts into visuals of “Bones” which include Zombie Juice performing the hook.