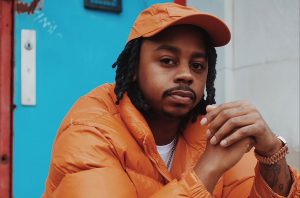 The Midwest is making major noise right now, and one of the faces of hip-hop coming out of the region is Babyface Ray. Today, Babyface Ray dropped FACES and it’s a lyrical display of why he’s at the forefront of Motor City rap.

The Wavy Gang / EMPIRE album, FACES, is 20 tracks, and it shows the progression Babyface made throughout his rap journey. FACES comes with next level production and features.

This body of work follow’s up Ray’s 2019 Unfuckwitable project and the messages hasn’t change. He’s still money motivated, dollar driven, the only difference is FACE, buts the Detroit native on a higher level.

Recently, Ray dropped a video for his lead single “Sincerely Face,” but now fans can enjoy the full project. Checkout FACES below.