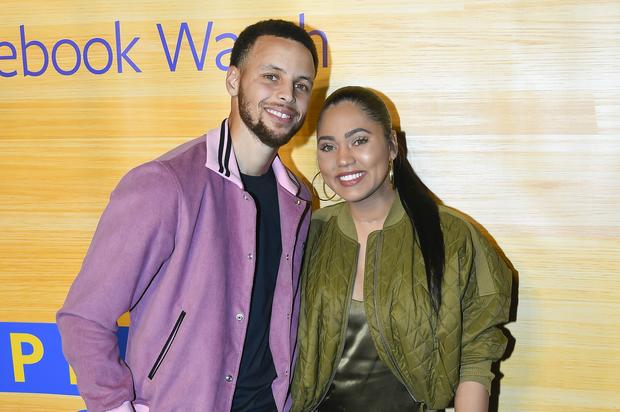 Steph Curry always manages to find his name in the news. Whether he played an amazing game the night prior, won another championship, sank a ridiculous trick shot, or anything else, he’s always in the headlines. His family has managed to share the spotlight with him over the last few weeks though and it all started when his wife, Ayesha Curry, spoke about the lack of “male attention” she received on Red Table Talk. Ayesha has continued reigning the trends and the current reason why she’s in the news has to do with her response to a hater that suggested her 10-month-old son be placed on a diet.

Ayesha Curry responded to pregnancy rumours by making a joke about her son Canon Curry’s weight, saying that she was simply jotting out her hip in an awkward photo because her son was “breaking her back.” She noted that the 10-month-old child weighs thirty pounds and some commenters got at her because of that. The majority of folks were laughing alongside Ayesha but one person took it too far. The since-deleted comment said, according to Yahoo: “Maybe portion-control his food a bit.” Ayesha took matters into her hands and spoke out in her own comment. “Excuse you? No. Just no,” she wrote.

Body shaming is never appropriate but against a baby? Come on, y’all. 10-month-old Canon Curry is an adorable little boy and his mom will stand up for him whenever she can.