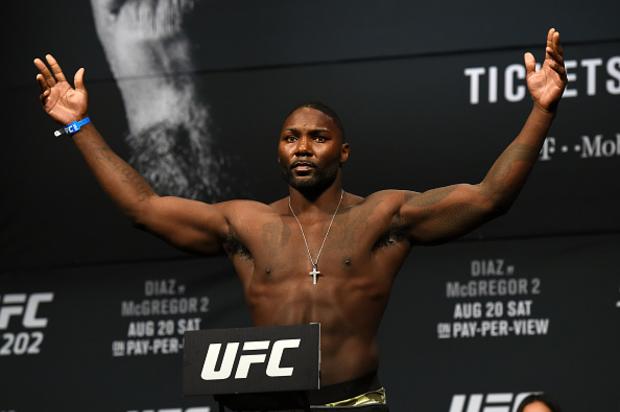 Former UFC fighter Anthony “Rumble” Johnson has reportedly pleaded not guilty to misdemeanor domestic battery charges, stemming from an incident with his girlfriend earlier this month.

Johnson’s girlfriend allegedly started to pack his belongings in an effort to throw him out of the house when he “put her in a football hold” and carried her into another room. According to TMZ Sports, she claims “she was scared due to his size and martial arts experience.”

Johnson, who most recently competed in UFC’s Light Heavyweight division, retired from the sport after his loss to Daniel Cormier in 2017. He boasts a 22-6 record over the course of his career including victories against Alexander Gustafsson, Jimi Manuwa, Ryan Bader, Dan Hardy and Glover Teixeira. Johnson is currently working for Bare Knuckle Fighting Championship (BKFC) in a fighter relations role.