AAF Files For Bankruptcy After Shutting Down Operations: Report 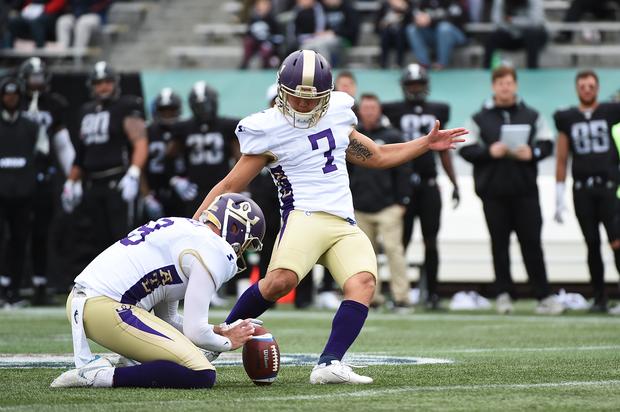 It was a pretty rough for the Alliance of American Football. The league promised to be a development league to the NFL that could provide football fans with some entertaining games during the offseason. Unfortunately, after just eight weeks, the league completely seized all operations and had to fold. This left hundreds of players without jobs and more importantly, without the money they were owed from their contracts. There were reports that some players were even thrown out of hotel rooms and had to pay for their own flights home when news broke that the league was finished.

According to a report from ESPN, it’s now a little more obvious as to why the league had to shut down in the first place. The AAF filed a petition on Wednesday for Chapter 7 bankruptcy. The league had $11,372,298.68 in assets and $48,366,188.90 in liabilities, with over $9 million of those liabilities being debts owed to creditors.

“We are deeply disappointed to be taking this action,” the AAF said in a statement Wednesday. “The AAF was created to be a dynamic, developmental professional football league powered by an unprecedented alliance between players, fans and the game. The AAF strove to create new opportunities for talented players, coaches, executives and officials while providing an exciting experience for fans. We are proud of the fact that our teams and players delivered on that goal.”

Chapter 7 bankruptcy is among one of the most common forms of bankruptcy and it means that the league will be able to sell off all of its assets in order to pay off the debts it owes.

Nicki Minaj Crops Husband Out Of Pictures: “I Look Cute In The Pic & U Don’t”

Scarface Thanks Trump For Exposing More Racism In America

Lil Baby is Set to Donate $1.5 Million From ‘The Bigger Picture’ Profit