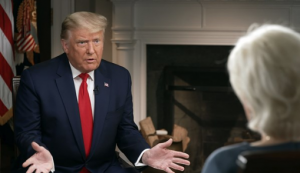 After a clip went viral of Donald Trump walking out of an interview, 60 Minutes’ Leslie Stahl has received at least one death threat for supposedly asking Trump unfair questions and now Stahl has hired a security detail.

CBS reportedly has security watching the home of Stahl and that of her family members. They also will have a security escort whenever out in public.

A death threat was reported to the LAPD in regards to Stahl last Thursday, which occurred only hours before Trump decided to release the footage from the interview before CBS could release it via 60 Minutes. The police reported that the caller made references to neo-nazis.

The post ’60 Minutes’ Leslie Stahl Gets Security After Death Threats for Trump Interview appeared first on The Source.

Malik Beasley’s Wife Allegedly Cheated On Him With NFL Star