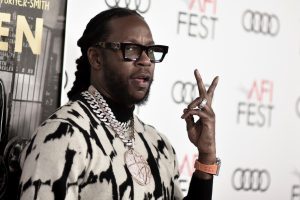 A while back Kanye West stated that he would be releasing an album titled So Help Me God, that title now belongs to 2 Chainz.

Chainz, fresh off his VERZUZ battle with Rick Ross, slid through The Breakfast Club and announced the title and details about the forthcoming album. Speaking with the trio he let everyone know that everything is finished, including the visuals and more. 2 Chainz would also let The Breakfast Club know the second collaboration with Lil Wayne, ColleGrove 2, will be on the way.

Last night 2 Chainz also let off a new single titled “Money Maker.” You can here that here and peep the album announcement courtesy of HipHop-n-More below.

The post 2 Chainz Announces New Album ‘So Help Me God’ appeared first on The Source.